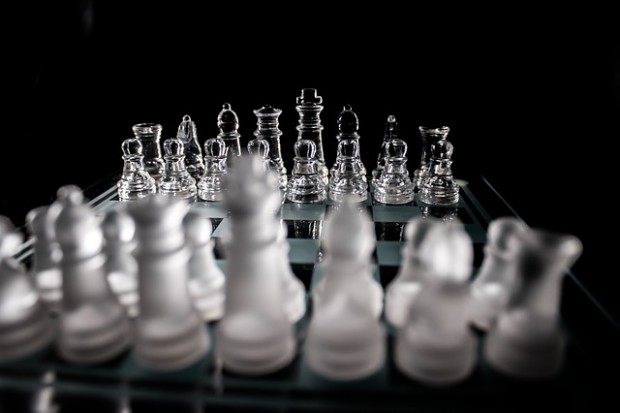 I used this for my unit on Analysis. It took about 15 minutes.

This can be done with student produced sentences, or sentences between texts you wish to compare. For my exercise, I chose Deborah Tannen’s “There is No Unmarked Woman” and Lennard Davis’ “Visualizing the Disabled Body.”

Write the two sentences on either side of the chalk/white board with a big VS. in between. Make sure to give yourself enough room to mark up and annotate the sentences.

“The third woman’s hair was wild, a frosted blond avalanche falling over and beyond her shoulders,” (Tannen 32).

Start sentence one with the micro. Ask students to point out a specific word which stands out to them. For my class, they chose “wild.” I asked them to tell me what words they associate (connotation) with wild. They said “sexy,” “like an animal,” “out of control,” “loose.” I asked them how these words related to the portrayal/example Tannen made of that particular woman throughout the essay, and further, the effect it has on the essay in its entirety.

I then asked them to do the same thing with Davis – they immediately gravitated to the word “dishwater” and outlined its various connotations as “dirty,” “gross,” “not sexy,” and they explained (without me asking) how that related to the use of the quotation/source in the essay, juxtaposed with the image of Venus, and in relation to the image of Medusa. They then related that to the argument of the essay of the whole.

Students are pretty good about pointing out things about the sentence which they find interesting, but will probably rely on you to put names to their observations. For example, the above example I titled as “diction.” Other examples of observations students make include commas (both of the above sentences have one comma, dividing them into two sections), objective vs subjective description (adjectives and nouns, accuracy vs imagery), numbers and quotes (authority establishing attempts), etc. All of these observations must be followed with a “why” question from the teacher, which ties it into the macro.

After dissecting the sentences, positing several “what if…?” options (What if we substitute “Dishwater” with dirty? strawberry? or no adjective at all?) have the students make arguments about which sentence is THE MOST effective. In my class, this prompted a heated discussion/argument between the students. At the end, we had a vote. Tannen won 9-6 (some students obviously didn’t vote, as we had 21 present) in this case because, one of them argued, “her language, though more biased, painted a more engaging picture. So even though I disagreed with her argument, and think both men AND women can’t be unmarked, I found her more interesting overall.”

LEAVE A COMMENT BELOW IF YOU USED THIS LESSON IN YOUR CLASS. HOW DID IT GO? WOULD YOU DO IT AGAIN? DID YOU MAKE ANY MODIFICATIONS?