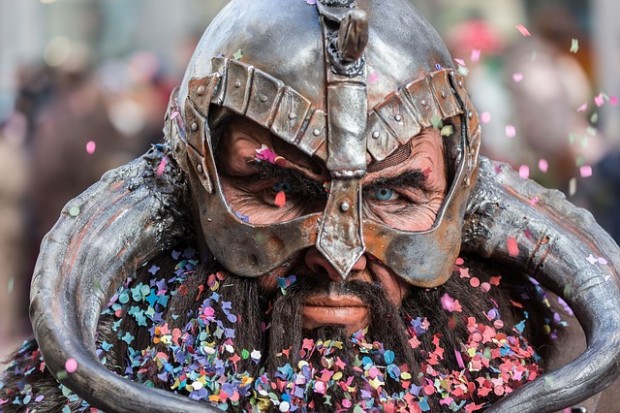 Summary: This lesson makes use of the medium of stand-up comedy to help students to understand and rationalize rhetorical argument and its strategies in new ways. By analyzing and demonstrating the rhetorical strategies associated with humor, students build connections with a different mode of discourse and are able to apply new tactics to their writing.

Show a clip of a stand-up show alongside a more “traditional’ or “academic’ display of argument (either oral, such as a political speech, or written, such as a scholarly article or op-ed piece–depending on your teaching goals) and have students analyze and compare the specific rhetorical strategies employed in each.

Some questions to think about: In what ways does stand-up comedy relate to academic writing? More specifically, to what extent are their approaches similar/different, and what can we learn from one medium about constructing an argument in the other?

In my ENGL 211 classes, I have assigned students to read Andrea Greenbaum’s article “Stand-up Comedy as Rhetorical Argument: An Investigation of Comic Culture,’ from the scholarly journal Humor: International Journal of Humor Research. I initially selected this article because it fit well with my course theme at the time of comic literature and humor in pop culture and public discourse; however, through the short writings I’ve assigned associated with this reading, I’ve found it to be highly applicable to the teaching of academic writing and rhetorical argument in general, for both the 111 and the 200-level audience.

For a more creative approach, I’ve also had students write short argumentative pieces that make use of some of the rhetorical strategies of comedy, as discussed in Greenbaum’s article.

Writing in this way allows students to think about rhetorical strategies in a new light, from a different perspective, as something to be utilized beyond the realm of “academic’ pursuits, and has excited some students about the prospect of expressing their written arguments in ways they had not previously conceived. Discussing academic writing through the lens of humor is also, for many students not generally interested in English or writing classes, a means to generate increased engagement.

Several students enjoyed operating under a different set of constraints with this assignment, and it helped them to think of rhetoric in a more nuanced and complete manner.

(Instead of stand-up comedy, you might think of other forms of media whose rhetorical strategies merit classroom study. Or, if you like the idea of comedy but aren’t sure of good examples to use, feel free to send an email my way!)