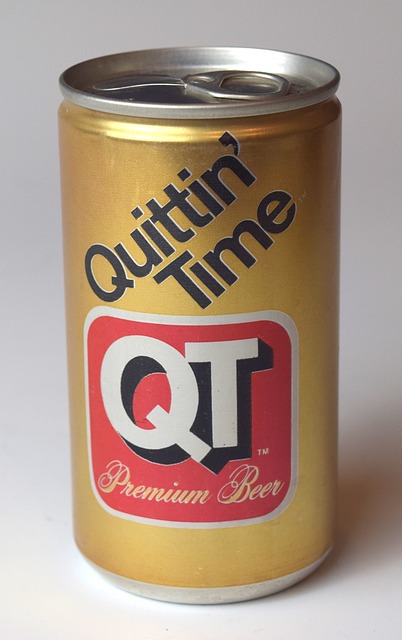 In this lesson we use a resignation letter to discuss the rhetorical situation.

This lesson requires at least two days, as there is a homework reading assignment involved. We will read Barbara Ehrenreich’s “Serving in Florida” from 50 Essays. This essay contains a grim depiction of a restaurant Ehrenreich calls “Jerry’s” where she is working as a server. The conditions are miserable and the sanitation–well, there isn’t any. For this exercise we will imagine that we are all employees of this restaurant.

First we’ll do a kind of free write. Each student will write a rant about Jerry’s. We’ll take ten minutes to just gripe. We’ll all complain about everything we find disagreeable at Jerry’s with as much specific detail as we can recall from Ehrenreich’s descriptions. We’ll think about what really bothers us about the conditions of the restaurant and why. Afterward, we’ll allow a few minutes for students to share if they choose, to set up and encourage involvement with the entire class. I’ll ask the class if we should quit our job at Jerry’s. If we’re not all agreed to quit, I’ll offer that we’ve found a better job and we’re all but hired. Then, with McComiskey’s three levels of composing (textual/rhetorical/discursive) in mind, I will lead the class in a discussion of why we would or wouldn’t want to hand our rant to our managers at Jerry’s.

We’ll think about our specific audience(s): the managers of Jerry’s, our co-workers, our future employers at our potential new job. Who is ultimately responsible for the working conditions at Jerry’s? What kind of uptakes do we want (if any) from all of these audiences? What outcomes are we hoping to achieve? Let’s think about who these audiences are. Imagine each of them standing in front of us. How would/should we address them? What’s the social relationship between us and our audiences? How do these different contexts affect what we might want to say/write?

Now we’ll imagine ourselves as our intended audiences. We’ll put ourselves in their shoes and imagine we are now receiving this rant we’ve written. How would we as our intended audiences interpret this piece of writing? How would we react? Would we be inclined to help the person who wrote this? Why or why not? What, if any, connections are we beginning to see between audience and purpose?

Finally, we’ll all look at a very neutral, formulaic resignation letter and talk about the reasons for this straightforward simplicity, why this situation in particular calls for very reserved writing. Afterward, as a class we’ll draft as thoughtful and professional a resignation letter as we can:

After careful thought and consideration, we regret to inform you that we must end our employment with Jerry’s.

Please accept this letter as formal notice of resignation. Our last day of employment will be the twenty-fifth of February, 2015.

Thank you for the opportunity to work for your restaurant, and we wish you all the best in your future endeavors.

Or something along those lines. So long Jerry’s.

The goal of this lesson is to get students thinking about a real and specific audience for their writing beyond their instructor and their peers, while simultaneously attempting to realize, as fully as possible, an imagined audience. I want to encourage my students to think very critically about who their audience is, and how that audience will receive the text that the students are creating. I hope to lead them to making connections between audience and purpose: what we must consider as writers to achieve our purposes. A kind of empathy for the audience is often necessary to be successful. Also, I think putting the drafting process (particularly free writing) in a real world scenario can help students understand some of its benefits and limitations.

I think that this can be a meaningful lesson on many levels. I attempted to incorporate a bit of “third space’ a la Mauk by making a lesson that values and utilizes students’ experience (at least a few students will have worked food service jobs, and likely quit them), and focusing on a real world, practical rhetorical situation outside of the classroom. At the same time, this situational analysis applies to any kind of rhetorical situation including textual analysis. Also, the way this lesson utilizes a free-write/brainstorm technique and then basically disregards it demonstrates what the pre-writing part of the process can be at times. Sometimes we write something that has to be abandoned after further reflection. Just because we wrote it, doesn’t necessarily make it appropriate to the writing situation at hand. In this case, the pre-writing is just venting, getting the necessary emotions out before we begin the business of considering what the situation actually requires.

This lesson was enlightening for me maybe more than for my students. There were several students who leaped ahead of me and started talking about the rhetorical situation (not in those words exactly) of the resignation letter as soon as I mentioned it. They were discussing the purpose of it, the reasons for being extremely neutral, all the different audiences that might be involved as it is potentially a very public piece of writing. They talked about it in terms of future self-interest (self-preservation). I thought I was going to be introducing ideas like the possibility of multiple audiences, and coaxing who those audiences might be out of my students. Not the case. I definitely underestimated them. Several of them had written resignation letters in the past.  So the trick here was to keep up with them and to make sure I wasn’t being condescending.