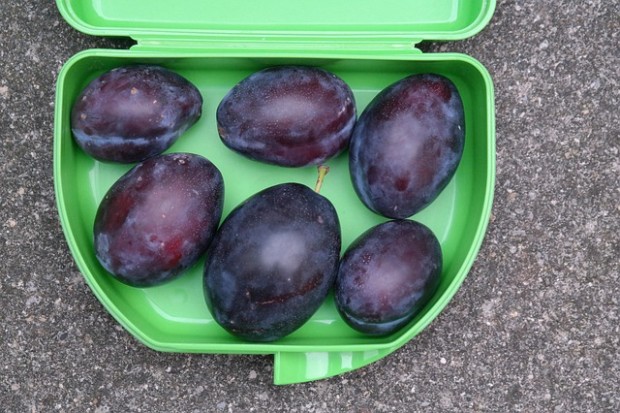 I used this as a context lesson plan. Students will learn that writing and speech is placed in a context of time, place, social sphere etc. Knowing a lot about these contexts will make us as readers see a message in a text that might be different if we don’t know a lot about the context. A text whose context remains unclear or that is being taken out of its context can be interpreted in a variety of different ways. And, last but not least, different contexts are accompanied by different voices, styles and writing platforms (which we are playing with in the follow-up session).

We started off class watching one of Jimmy Kimmel’s “I told my kids I ate all their Halloween candy” compilations, which sparked the laughter I had expected.

Afterward, I asked my students why they think these videos are funny – the response I was waiting for was pointing out that these obviously not starving kids react as if the world has ended.

This is a great opening observation about context.

I wrote “text” and “audience” in two different spots on the board, and let the students fill in the circle I drew around them with aspects of their respective contexts (For audience, which was our group in this case, we had something like “2015, USA, college students, etc.”, for text, we had something like “talkshow, youtube, 2014, social media”). This was great for pointing out that we can connect to the text well, since we are familiar with how to understand the context it is embedded in (Even the foreign students I had had heard of Jimmy Kimmel before!)

We then ‘zoomed in’ on the text itself, and looked at the contexts of the parents and kids in the clips. We drew circles around them and, again, filled them with the respective contexts. (Parents: conspiring with Jimmy Kimmel, protectors, power etc.; kids: proud of candy, spoiled, frustrated, disappointed with parents) We discussed how these contexts influenced the communication between them (“Daaad, I HATE you!”), and eventually came to the conclusion that we as the audience think that this compilation is funny, because we KNOW the contexts of the kids and the parents and the clips themselves. We have been proud kids before and can understand their disappointment, but we KNOW that their parents are conspiring against them within the frame of Jimmy Kimmel’s show – this is what makes it humorous.

I wrote William Carlos Williams’ poem “This is Just to Say” on the board, not copying the format, and without letting them know the date and the author.

We guessed as a class what kind of context this sentence could come from (students cleverly pointed out that nobody uses “ice boxes” anymore). I added the date, and asked them what had changed about the context. Then I added the poet’s name and gave them the handout with the correctly formatted poem.

We looked at the poem and established that there was a speaker and an addressee, but not very much known about them. This stands in contrast to the video clip’s context, which we know much more about.

I let students come up with their own made-up contexts of the poem’s speaker and addressee for their homework. They should think about what is known about them, and then add more info to their contexts, so they would appear as clearly characterized people.

Students came back with their fully contextualized characters, and we shared a few scenarios the poem could have been set in with the whole group.

I then asked them to get together in groups of four and pick one of the scenarios the group members brought with them.

They were supposed to change one or more elements of their scenario’s context, either put the poem into a different historical time, or change the location to a different country, change the people from being poor to being rich, old to young, male to female etc.

I let them rewrite the message according to the newly created context. Maybe a young girl in 2015 would have written the message as tweet? A post on YikYak? What would have changed about the words, the grammar, etc.? This sparked a great discussion about word choice and options in writing, which lasted until the end of the period.
It is helpful to have addressed the concept of audience in writing before this lesson, since students will have an easier time getting started with thinking about a text in relation to its audience and how that might connect to context. Also, the follow-up session could be turned into a homework assignment instead that would merely require discussion in the next session. I used this lesson plan in 2 consecutive one-hour sessions.